Last night I finished up the hat I have been working on for a good friend of mine.

For Christmas 2014 I had made her a scarf and a pair of fingerless gloves, so she wanted a hat to complete the set.

For her hat I used about half a skein of Patons Classic Wool Worsted in natural mix, and I used my size 7 clover bamboo needles to knit up the hat.

I had made a run out to Astoria and the neighboring towns of Warrenton ad Hammond and had gone to the JoAnn’s out there. I had wanted to see it in comparison to the JoAnn’s that is near where I live and compare the two. I had wanted to go to the coast so it was the perfect opportunity to go out to that Joann’s and get yarn for my friends hat while I was there.

I had also decided to use the seed stitch / British Moss Stitch to add some texture and to make some of the stitches pop, for accent. 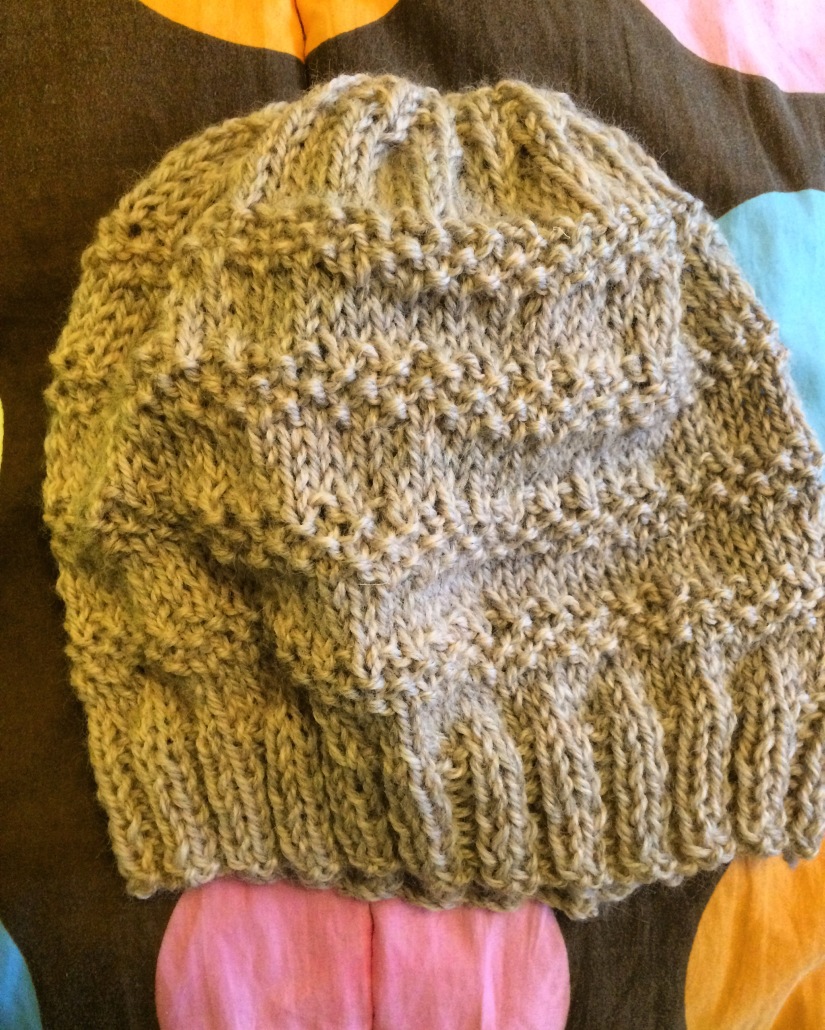 As crazy as life is at the moment, and with as much as I have going on, hats are easy and quick to knit up, I got this hat done in less than a week.

I have been knitting since I was 10. I love to read, write, knit, listen to music, Travel, and learn about history, especially when it comes to how women got things done around the home up to the mid-1960's. View all posts by pacificnorthwestblogger

I finished up this pair of #littledrummerboy #socks last night.
#Knitting may be one of #myfavoritethings, but so are #oldbuildings and being in the #country.
My day today
My #christmas #yarn and #projectbag arrived last week, but I finally had time today to open it up!
#roadtorhinebeck2022 #socks are done! I finished them up yesterday, and ready to take to #rhinebecksheepandwoolfestival next year.
Finished up my first #roadtorhinebeck2022 #sock this morning. I love it!